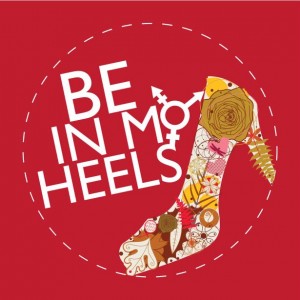 Many people think that Singapore is a place that is kind to trans*[i] people. Singapore is the only country in the region that allows trans* people to change their identification card to reflect the true sex after they have undergone a full sex reassignment surgery (SRS); Singapore was one of the world leaders for 30 years for conducting SRS; we also occasionally see some trans* women working at BodyShop and other cosmetic and beauty outlets. However, that is but the surface.

Recently, a trans woman reported to us that she received a complaint from a customer at her workplace. At the end of January, her manager approached her to tell her that a customer had emailed the headquarters of the company saying that they are concerned about having transsexuals working at their company. They raised the point that there are many children in the outlet that they and explicitly said that that is not good for children. The trans* woman—Angelina, broke down at this news. She said that “I was afraid I was going to lose the job.”

Thankfully, her manager did not see this as a problem. He told her that he will find a way to let her work again—just not at that particular outlet. He said that transsexuals are still humans and that they have a right to be who they are—that they are not some creature that people should be afraid of or look down upon. He then proceeded to transfer her to a different outlet that sees lesser children. Luckily, there was no pay cut or any change in working hours.

“I feel mixed emotions. I’m sad, I’m angry. But what can I do? At least my manager still transfer me to a place where I can work.”

Angelina was lucky this time around because of a really understanding manager. But she has not been this lucky all her life. Angelina, who is 19 years old this year, actually has another job. She has been a sex worker for the past three to four years. She joined the industry because she needed money to survive. She has undertaken many other jobs but unfortunately none of them paid enough for her to get by—even at her current job, she only earns $7 per hour (earning roughly $800 per month). For her, sex work is “risky, tiring, embarrassing, and affects my relationships”, however, she did not have any other option.

Our life have to go through being a sex worker. Because being a transsexual you don’t get a lot of privilege or a lot of approval to work in normal jobs. So we have to choose this kind of job. If not why we risk HIV and others? It’s scary to think that you will have HIV and all. But you know we have to go through this job because there is no other job that approves us to work as who we are.

Project X is an organization that advocates for the human rights of sex workers in Singapore. We outreach to many trans* sex workers in the course of our work, and have come to understand that in fact, sex work is an opportunity for many trans* women. It enables them to support themselves and their families financially while at the same time allowing them to express who they truly are. It is also where they meet a community of people who go through the same thing as them. That said, sex work contains many risks and exposes the workers to abuse and violence from police officers, bad clients, and even members of the public. It is also not financially stable as one does not receive CPF, keeping them at a constant risk of being homeless.

Angelina does not wish to be a sex worker forever. She has plans and ambitions to be a model, a singer, a wedding designer, and a photographer. Yet mindsets like that of the customer only serve to keep trans* women in a place that the majority of society cannot accept—sex work—a place that makes them doubly marginalized.

“Sex work is a risk to take, but you know, we have no choice. If you can change the way you look at us, it’ll be better for all of us not to work like that. Not all of us want to be a sex worker. All of us have the potential to do a lot of things.”

For a lot of trans* women, sex work is the only option. Angelina says, “It is not a wrong thing and it is not a right thing. It is just something we have to do to survive.”

On the issue of allowing children to meet and interact with trans* people, Angelina says very simply, “It’s not like a child looks at a transsexual and says ‘I’m going to be like that.’”

Recalling her own personal experience, she says that she knew she’s not a boy since a very young age. This echoes with the experiences of many trans* people all over the world. It is not something that can be “promoted” or imposed upon anyone else. It is important to recognize that this world is made up of many different types of people—different ways of talking, behaving, thinking, and so on, and it is only right that we start building an inclusive society where no human being is treated less than.

Asking her for the kind of world she wishes for, she simply said, “No Hate.”

[i] We use the word “trans*” with an asterisk to refer to all the identities within the gender identity spectrum—from transgender, to transsexual, genderqueer, agender, third gender, two spirit, etc.