I have slept with countless men since I was 14. Now I’m 28. Entertaining and trying the different type of fetish work. Walking from streets to escorts to KTVs. Sleeping with men who are grandfathers, fathers, uncles, brothers. From locals to foreigners.

I don’t understand why members of the public should classify them from low class and high class. What is the difference? From a sex worker perspective, I see no difference. All of us are standing at the same angle. Hearing tales from one client to another saying the ladies on the streets are dirty while the escorts are the high-end ones and the girls in KTVs are the combo of both. So many comments but yet no one realizes that at the end of the day we are the ones who are fulfilling their needs and fetishes. Let’s talk about the ladies in the KTVs. For just $50 we are being treated like animals touching us here and there and when these guys are drunk, they touch us here and there making fun of each and every one of us just because we are being paid. Is $50 enough to be treated like that? But we remain calm as we truly understand all these expats, youngsters etc. come to KTVs to destress themselves. Mutually we consent ourselves to entertain you and if there is a need for us to provide additional services (intercourse) we will provide the best unless we are having menstruation or sick. I didn’t see in any agreement that we should be treated with no respect just because we are being paid by you.

For many years that I have been in various sex work industries, I have seen many who are surviving for their needs. Some are investing in their studies, supporting children, and even some drug abusers. As for me and some comrades, we enter this industry to support ourselves on our daily expenses and shelter. Now with the presence of my son and a mother that is no longer working and looking after my son, I have to feed three mouths. I have seen student investing their money for their diploma. I have seen husbands, boyfriends, fiances coming to KTVs pulling their partner’s hair fighting over money in front of clients shouting and screaming downstairs. Seeing some of these women hiding their money for extra services that provide as they fear of their partner taking their money. I am not making this up this is true stories that have been seen from one generation to another.

Back in 2004, in Geylang we can find plenty of cisgender doing sex work and apparently I am one of them. Those days we find many members of public coming down to geylang in a groups either they travel by car or motorcycle or walking. Met plenty and this one is the most heartbreaking one. Her mother and father willingly accompany her while she was doing sex work. Looking after the maintainance of her family. She and her family are staying in the hotel, her mother stayed in one room and another room for herself. All of us work together and at times we help her out financially. Her mother adopted a son from one of the sex worker who was incarcerated. Life was easy back then. We are not calculative; we support anyone regardless of gender that is in this sex work industry. We fought for anyone that was being discriminated by members of public. Pimps coming to us asking for money as we are standing at their “lorong”. We save each others asses. Pimp splashing hot coffee, soya sauce. What are we some kind of pest in these streets? But that does not bring us down. We were united protecting one another in various discrimination from members of public to pimps and law enforcer.

Escorts, or they call them “the atas chicks “. Some of our clients labelled us as “the atas chicks”. It’s hilarious sometimes hearing some clients sharing their thoughts with me. What is so atas or maybe I have not been in “atas “ category. “The atas chicks” means The High End Chicks. I have not met a lot of escort. But I know a few who have been in this industry for long. I didn’t stay in the escort world for long. I’ve seen clients that only want to book me for the sake of talking to me sharing their thoughts and their feelings about their broken relationship with their wife, fiancee, girlfriend. Some clients requested for various fetish from wearing only heels on the bed to treating them like a slave. Weird isn’t it. Men with their desire. 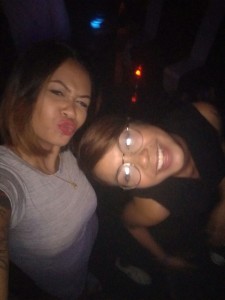 Imagine if all these sex worker from various sides of sex/entertainment worker are not around, Singapore would be safe but how sure are you that it is safe? I would say the number of rapist, molester would increase because there is no one else that is able to fulfill these men’s needs. Some say “they are earning a living easily” while some say “they bring disgrace to their family”. We are seen as the black sheep we are also seen as criminal at a certain angle.

Everyone one of us sex workers regardless of nationality, race and gender, has something missing in us. I believe most sex worker felt the same as I do, being touched by different men every single day. Emotionally we are not happy and at certain circumstances some sex/ entertainment use drugs to control their emotion in order to fulfill clients desire and make them feel confident with a blank feeling. While some use alcohol before they start work and end up as an being an alcoholic at a young age.

We shouldn’t be treated like a criminal, we are normal human being that wishes to have the equal right like all. We need justice too. Just because we are sex/ entertainment worker it’s not ok for men to molest us in public. We want the equal protection like how members of the public are treated when they lodge a report.